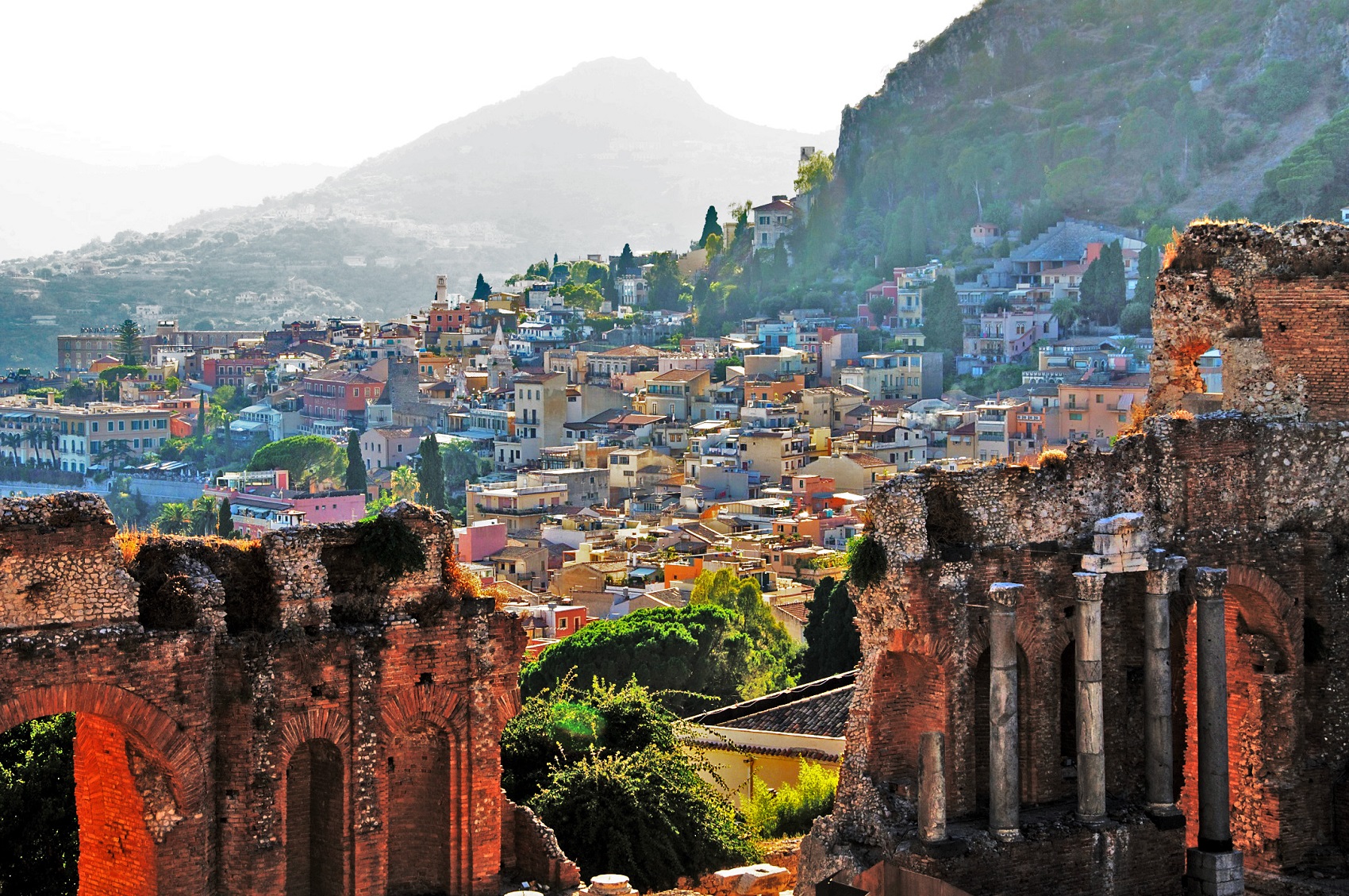 The present town of Taormina occupies the ancient site, on a hill which forms the last projecting point of the mountain ridge that extends along the coast from Cape Pelorus to this point. The site of the old town is about 250 metres (820 ft) above the sea, while a very steep and almost isolated rock, crowned by a Saracen castle, rises about 150 metres (490 ft) higher. This is the likely site of the ancient Arx or citadel, an inaccessible position mentioned by ancient writers. Portions of the ancient walls may be traced at intervals all round the brow of the hill, the whole of the summit of which was occupied by the ancient city. Numerous fragments of ancient buildings are scattered over its whole surface, including extensive reservoirs of water, sepulchres, tesselated pavements, etc., and the remains of a spacious edifice, commonly called a Naumachia, but the real purpose of which it is difficult to determine.

The Ancient theatre of Taormina is built for the most part of brick, and is therefore probably of Roman date, though the plan and arrangement are in accordance with those of Greek, rather than Roman, theatres; whence it is supposed that the present structure was rebuilt upon the foundations of an older theatre of the Greek period. With a diameter of 109 metres (358 ft) (after an expansion in the 2nd century), this theatre is the second largest of its kind in Sicily (after that of Syracuse); it is frequently used for operatic and theatrical performances and for concerts. The greater part of the original seats have disappeared, but the wall which surrounded the whole cavea is preserved, and the proscenium with the back wall of the scena and its appendages, of which only traces remain in most ancient theatres, are here preserved in singular integrity, and contribute much to the picturesque effect, as well as to the interest, of the ruin. From the fragments of architectural decorations still extant we learn that it was of the Corinthian order, and richly ornamented. Some portions of a temple are also visible, converted into the church of San Pancrazio, but the edifice is of small size.